“The price of greatness is responsibility,” said Winston Churchill. But psychology tells us that it’s more complicated than that. Being a great leader isn’t just about ticking off items of responsibility – it’s also about dealing with all sorts of psychological nuances.

What would psychologists tell you about your bosses? And what should you know to make yourself a more effective leader?

Summoning willpower is a challenge for most people, but for leaders it tends to come more naturally. This is because leaders tend to perform several tasks independently and in solitude – and most of these tasks aren’t intrinsically enjoyable. Just to get them done requires a lot of willpower.

This is according to a study published in the Journal of Personality and Social Psychology. The position of power that leaders naturally have often encourages better self-regulation and performance.

In a series of experiments, the researchers found that participants placed in leadership positions or primed with a leadership mindset did better on problem-solving and listening tasks than low-power participants.

Also, even when their willpower was low or depleted, leaders were shown to work harder, as if running on fumes until they finished the required task.

2 …yet they also burn out their willpower.

The same study also showed that even with their high amount of willpower, leaders have the tendency to keep exerting until they completely burn out. Most of us, on the other hand, tend to conserve our energy.

From the study (emphasis mine): “[I]t is crucial that leaders may often face more demands than they can realistically handle. Their time and energy are limited, and effective leadership often entails putting one’s efforts into tasks that the leader alone can perform (or can perform best). […] Power holders may often find it best to appraise task demands as to whether to put one’s best efforts into them, or instead leave them for others whose time and energy are less valuable.”

Without appraisal, leaders might spend their limited resources completing tasks that should be completed by others. Otherwise, leaders will put in less effort on these low-value tasks and have poorer performance.

3. Leaders gain influence from talking – regardless of their competence.

One of the strongest predictors of gaining influence in a group – becoming a leader – is dominance.

And how do emerging leaders become dominant? By making more suggestions and expressing their opinion more frequently, says a study from the University of California, Berkeley. These experiments show that talking more frequently gives the impression of competence – regardless of the speaker’s actual competence. According to the researchers (emphasis mine):

“We found that dominant individuals behaved in ways that made them appear competent to others, above and beyond their actual competence levels. In turn, this apparent competence helped them ascend social hierarchies.” 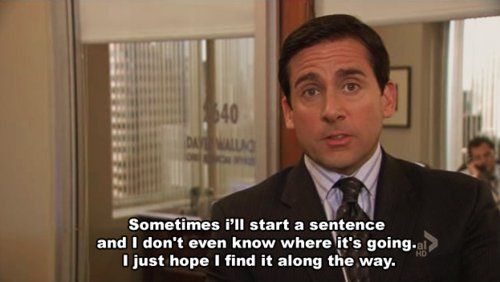 To be fair, though, it is hard to judge a person’s actual competence just based on a few minutes of interaction. You’d only have their words to judge them by. This means that there is some good news: when groups work more closely together, a person’s influence in the group eventually becomes based on their abilities and competence.

4. Narcissists tend to emerge as leaders…

OK, maybe this isn’t so surprising, but narcissists have the tendency to take over leaderless groups, according to these studies from the University of Georgia.

If you’re unfamiliar with narcissists, generally they have an inflated view of their own importance and have an impulsive need to be admired by others. Because of this, it’s no surprise that they have the confidence and desire to take over groups.

5. …but narcissism can lead to reduced work performance

There is a problem with narcissistic leaders, though. While they exhibit the image of a confident, competent leader, research from the University of Amsterdam shows that narcissistic leaders prevent effective information exchange among team members, thus lowering their collective performance.

From a report on the evolution of leadership, there is a danger to having strict group hierarchies: the most dominant figures (leaders) control the group’s resources and activities, others are forced or intimidated into acting as followers, and leaders tend to dominate the decision-making process – whether they have the relevant expertise or not.

This sets up leaders for failure. First of all, few individuals possess enough varied skills and experience to make decisions and perform tasks across different fields.

Plus, hierarchies force leaders to over-focus on pleasing their own superiors rather than their subordinates. According to the report: “Modern organizational ethnographers report that most managers implicitly understand that pleasing superiors is more important to career success than is pleasing subordinates.”

But there are instances when hierarchies work really well, according to a University of California, Berkeley paper on the functions and dysfunctions of hierarchy.

For tasks in which it’s important to give disproportionate control to more experienced, expert members, a steep hierarchy can help ensure that the team can make the best decision. However, for tasks that require a lot of different opinions and perspectives – such as creative tasks or predictions and forecasts – less hierarchy is better.

What it takes to lead

Based on the above findings, it’s clear that leadership isn’t as straightforward or as romantic as we often make it out to be. To be a great leader or to be part of an effective team, we need to understand what’s really going on behind the scenes, deep in our own psychology.